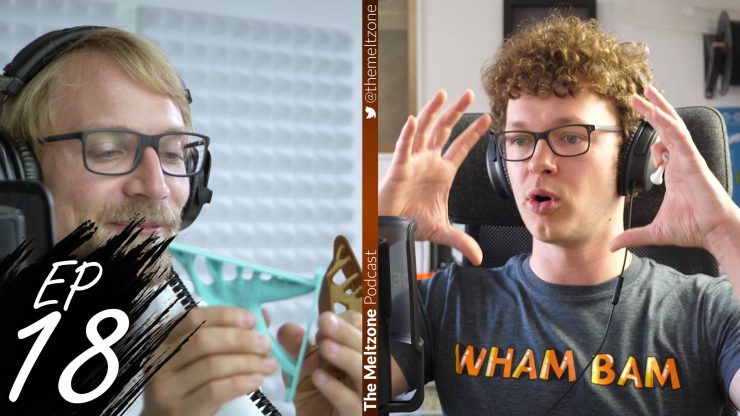 After 5 weeks of no PodCast together, there are a lot of things to chat about. Tom and Stefan talk a bit about recent Prague Maker Fair and the awesome spirit of it. Tom gave topology optimization a try and Stefan talks about how he could use his new 3D scanner to measure the strains in it during testing. Stefan got back to some filament tests and talks about his experience with part cooling and layer adhesion. The guys show their admiration for David Shoreys current work on 3D printing on diffraction grading sheets. They discuss why resin printing seems to be becoming so “popular” at the moment and if 3D printing camera gear is a viable option as shown with the Edelkrone Head.

Drop your questions for upcoming episodes in the comments below or tweet them @TheMeltzone.